About eleven years ago, when I was in college in Memphis, Tennessee, I did a speech in my Communications class that I endearingly titled, “Chocoholic”. It was about my addiction to chocolate – to sweets.

Sugar is my vice.

When I was a little girl, my mom used to keep chocolates in these plastic containers on the kitchen counter. I would sneak into the kitchen when no one was in there and eat most, if not all, of the chocolate. One time, I ate almost a whole bag of Reese’s Peanut Butter Cups and made myself so sick – fever and everything – my mom had to take me to the doctor. Ever since that doomed visit, chocolate was kept carefully hidden away. My addiction was so strong, however, that no matter how good a hiding spot my mom thought she had, I would search until I found my gold.

It has been a struggle. Especially today – sugar is in EVERYTHING. I cannot even have the tiniest taste without it turning into a full blown binge.

I now understand why.

The refinement of sugar cane was invented in India in 1300. When refined sugar was first sent to Europe in the 1600s it was considered an extremely potent drug. It was handled under lock and key only by the apothecaries, who were the druggist of the time.

In France, it was known as crack.

It became apparent that as soon as enough people were exposed to it, that it had the one characteristic that is the most appealing to businessmen – it was addictive. It was so marvelously addictive that they knew that if they could just get enough of it that their fortunes would be made many times over.

When did we start paying this price? In the U.S., where we didn’t have access to much sugar initially (it wasn’t a big industry), we had no heart disease until the 1930s. The first textbook written on heart disease was in 1933 by Dudley White, president Eisenhower’s doctor. Eisenhower was one of the first Americans to get heart disease.

What we have now are the diseases of malnutrition and toxicity, the degenerative diseases, in the diet.

Our weights remained quite ideal through the 60’s, but gradually our health started to deteriorate at the same time sugar consumption increased.

In 2000, the World Health Organization realized the damage that sugar was causing – there was a radical increase in ALL degenerative diseases, particularly diabetes, heart disease and cancer. After five years, they gathered the press from all over the world and made an announcement. They had ONE recommendation to make and it was, “Cut all sweetened foods below 10% of calories.” They were proposing a limit – no more than 250 calories of sugar a day.

This statement was on the front page of every major newspaper in Europe and the rest of the world. Except the U.S., and I think you can figure out why.

Researchers are now showing that, actually, sugar is four times more addictive than cocaine. It also affects the same area of the brain that heroine does.

Let’s take tobacco, the bigger killer than alcohol, 5 million a year – this is worldwide.

In the case of sugar, United States’ citizens have been studied and our relapse rate is 97%, which makes it four times more additive than drugs or alcohol.

Sugar gets us high by raising glucose levels. Literally, a glucose high is a high, it feels good. When it plunges down afterward, that feels really bad and then we have to have more sugar. That is one of the addictive properties.

Chocolate – even without sugar – is an opiate, it is a stimulant. It is a very complex substance that is highly addictive in spite of the fact that it is a high source of magnesium and contains amino acids. I still eat chocolate but I choose high quality, organic dark chocolate with real cacao that is fair-traded and I limit myself to a one ounce serving a day. It is really important that if we choose to eat chocolate or meat or eggs or drink dairy that we eat or drink only the highest quality of these foods and it is something I will expand upon in another post.

So when I did my speech eleven years ago about being a chocoholic… chocolate junkie is not a joke. It is a literal fact!

Sugar is in practically EVERYTHING and I combat this addiction by staying away from processed foods and sticking to a whole foods diet. It is the only sure way of knowing what I am eating!

I hope this has helped you understand the addictive nature of sugar and how the food industry has cleverly created that “bliss point” when we eat their “foods” and keeps us coming back for more.

Eat well. Be well. Vote with your fork! 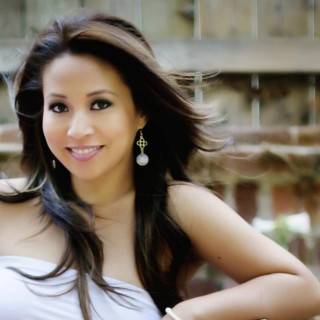 Kristine Bautista is an Integrative Health Practitioner, an Emmy Nominated Hairstylist in the Motion Picture and Television Industry, an Herbalist, a Psyche Kinesiologist and a Cognitive Health Specialist. Kristine received her training at the Institute for Integrative Nutrition in New York City. She is a member of the International Association for Health Coaches and is board certified by the American Association of Drugless Practitioners. Kristine leads workshops on beauty and nutrition and offers individual health and nutrition coaching, helping people master their health, emotions, relationships, and academics. She also specializes in Psyche Kinesiology, assisting people in eliminating many negative beliefs, ideas, experiences that have hindered them in finding happiness, balance and success in their lives. Kristine studied at Amen University, receiving in-depth training in neurobiology, practical neuroscience, and how to perform, read, and apply brain SPECT imaging in order to improve your mood, memory, behavior, attention and emotional health.